The name of the Rhodope mountain was known as early as antiquity. It was mentioned by Homer , Virgil and Ovid the most legendary authors of epic poems.
The Rhodope is a mountain which delights all senses, the cristal clean air, the untouched nukes of beauty, the incredible natural phenomenons formed thousands of years ago and of course the echoing sound of the wonderful Rhodope song
Have you heard the legend of Orpheus? The mythical singer who enchanted everyone with his music, people beasts and birds. He was born here In the Rhodope mountain and his whole life passed in these lands


Day 1: Arrival and transfer from Sofia airport to Plovdiv(plan arrival not later than 16 o clock), eurpes cultural capital of 2019. The city has a diverse history and features many remains of a civilisation much older than that of the Romans - a city more than 8000 years old and a contemporary of ancient Troy. In the afternoon you will visit the old town of Plovdiv, including the Ethnographic Museum and the Antique theatre, which is one of the best preserved in the world.
Accommodation at the biggest show jumping stable of southern bulgaria

Day 2: After breakfast you will be transferred to the stables(40 min by car), the starting point of the trail, in the 'Sredne Livadi' protected area.Today destination is a village known with is majestical beauty , situated in a famous valley named after the village - Hvoyna.The ride today is very panoramic, starting from 1650 meters above sea level.
Rhodopes are the largest mountains of Bulgaria,it is consider the second most  biodiverse mountain in europe.
Around 4 hours of riding in absolute wilderness,rearely we will see people in these 6 days of riding.
Lunch is on the top of a panoramic balcony knows as the ladybug rock, from here we can enjoy amazing scenary spereding all southern Rhodopes.
After the ride we visit the must see destination an second bigget and oldes monastry in bulgaria-Bachkovo
Overnight in a family hotel

Day 3: After  traditional Rhodopean breakfast includeing of course the famousr Yoghurt, the journey continues in the footsteps of Captain Petko Voyvoda (a famous historical figure) towards one of the most famous meadows of the Rhodopes, called Hajdushki, where the biggest festival of rhodopes takes place.
Again we are riding on the top of the hills making this day panoramic as well.Fast riding because of the smooth terrain and we can also enjoy the nearby lakes.
6 hours of riding
In the night we will visit an amazing place, where we will have a sky exploration in the Nation Astonomical Observatory of Rozhen.


Day 4: Today we are heading  towards another emblematic landmark of the Rhodope mountain, called panoramic tower of Snezhanka(Snow White).At lunch time we will be there and would have our lunch on the top in the panoramic restaurant.The 360 degrees view will reveal astonishing panorama towards Greece and aegean sea,which makes this place one of a kind.
After this amaizng expericne, we head towards the peaks of the bears,speaking of  bears, bulgaria has the second biggest populations of bears in europe.
Overnight in a lovely family ran hotel

Day 5: After yet another traditional breakfast, you will head for the village of Zabyrdo. This is a small mountain village standing 1400m above sea level.  It is famous for making the traditional Rhodope cheese. It is also one of the oldest villages in the area, around 800 years old.  You will also visit the rock phenomena "Wonderful Bridges" by horse back. This is one of the five most visited destinations in the Rhodopes. Lunch is eaten in a restaurant overlooking the 'Wonderful Bridges'. Tonight you will sleep in a family run guesthouse.Approximate riding time six hours.

Day 6: Today trails will take you to the Village of Orehovo, which is around 500 years old.  You will come across some stunning views of the area "Sredni Livadi" which is protected. The ride will take you past an old Roman road and ancient 18th century chapel called Saint Atanas Lunch in another beautiful villgage caled Lilkovo,we will site right beside ancient church from late 16th centruy.We will enjoy local meals
. You will also visit the "Skakaloto" waterfall and the "Kosten kamyk" cave.You will stay tonight in a family run hotel.Approximate riding time three to four hours.

Day 7: This is the last riding day and will take you back to the starting point of this trail . You will have ridden over 150km by horseback, passing by one of the oldest Thracian fortress called "Shtut grad" which dates back to 5th century BC. The two hills of the forests, the Sun Hill and the Moon Hill held great power for the Thracian tribe called "Best".  They were known through the Roman empire as the most fearless Thracians. Lunch today is in a restaurant beside the fortress. Overnight back in a stavle from day . Approximate riding time five hours.

Day 8: After breakfast it is time to say a sad farewell and be transferred back to Sofia airport for your departure. Approximately 90 min  in the car.

Ability description:Riders should be happy to ride at walk, trot and canter in open country and for several hours a day. This trail is an easier option than the Mursalitsa National Park Trail also on offer.

Guests can fly into Sofia or Plovdiv. The tour starts in Plovdiv but most guests fly to Sofia as there are a lot of flights into and out of the capital city.

Transfers are included from the two airports at set times. You should ideally arrive into Sofia no later than 16:00, in order to allow time for sightseeing in Plovdiv. On departure day your flight should not leave Sofia before 12:00.

If you are coming into Plovdiv instead then please contact us for timings. 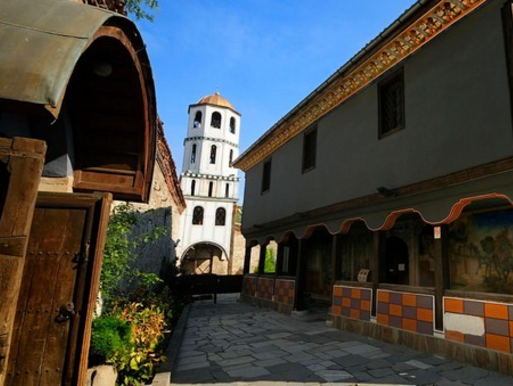 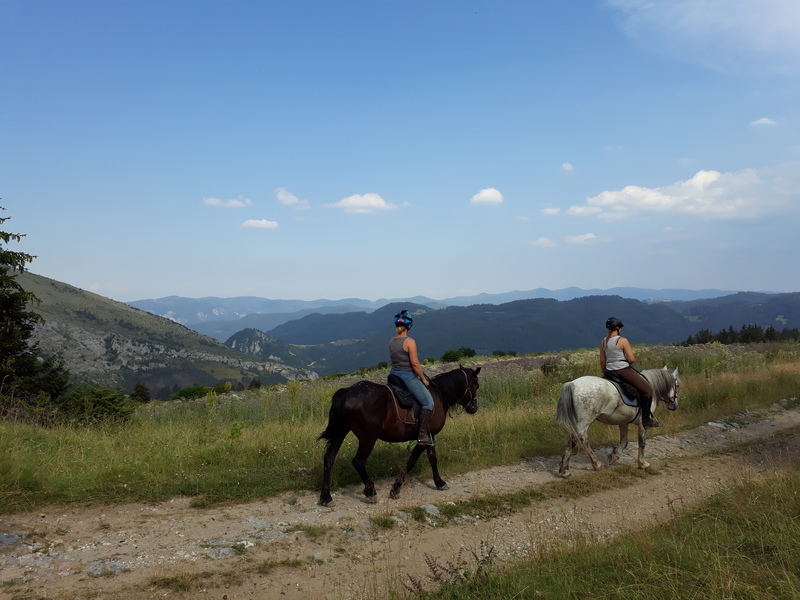 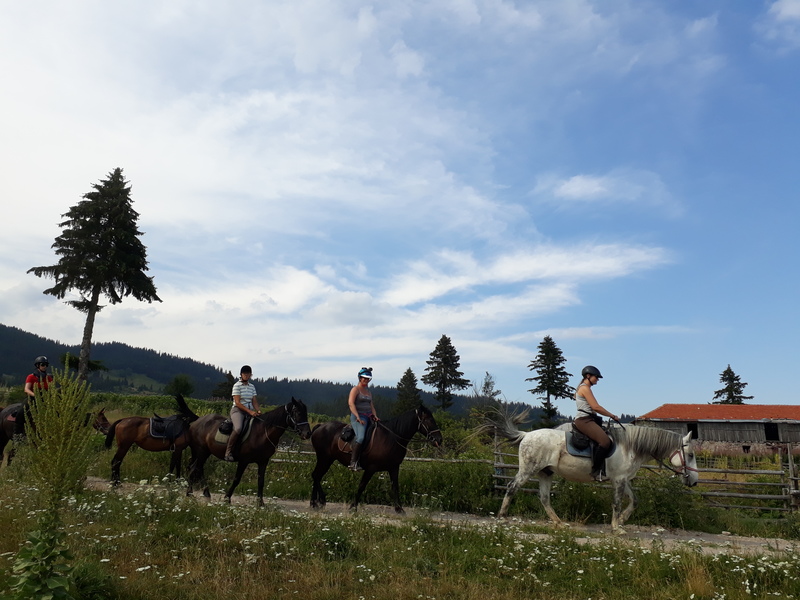 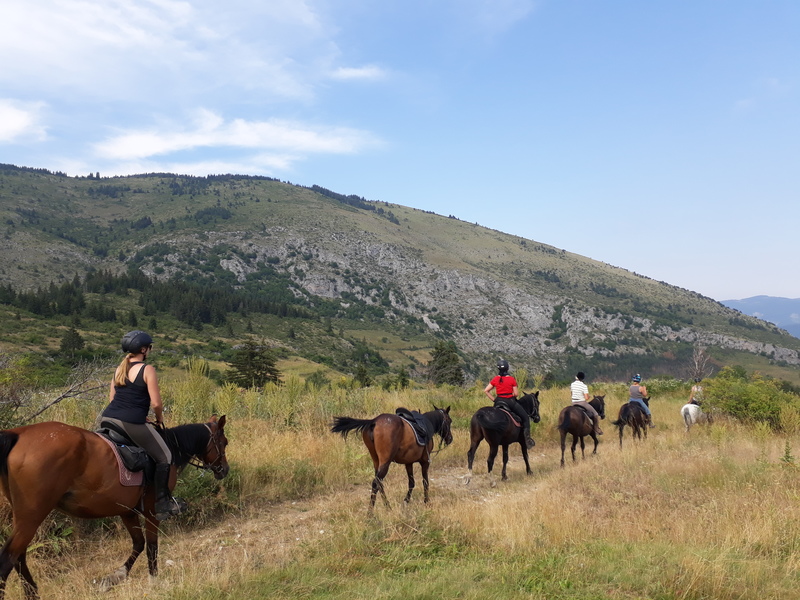 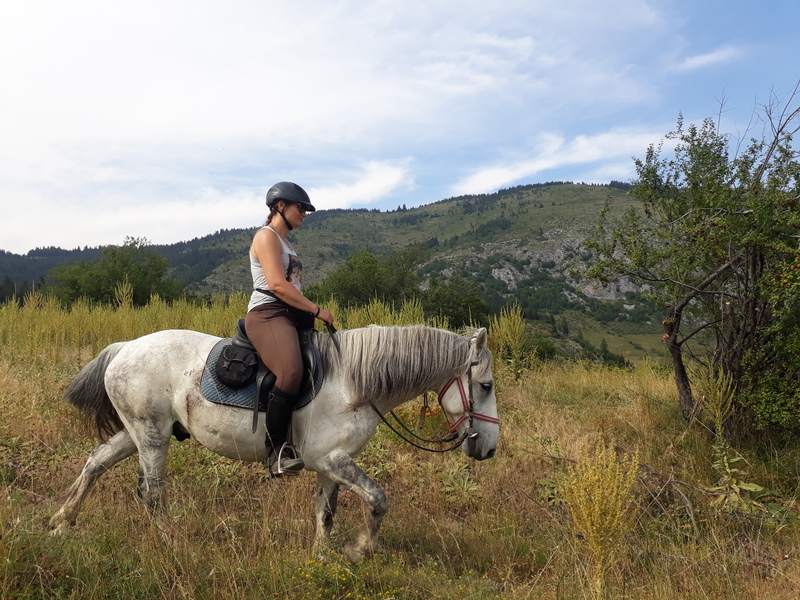 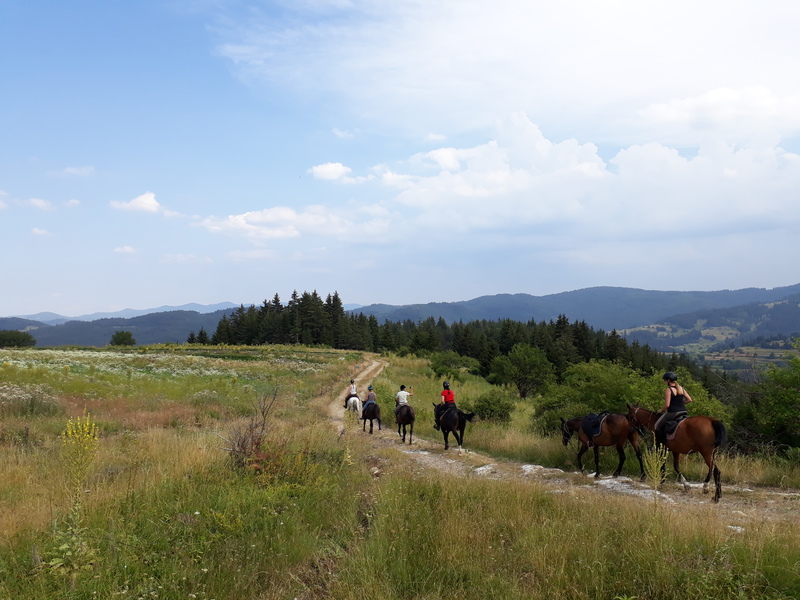 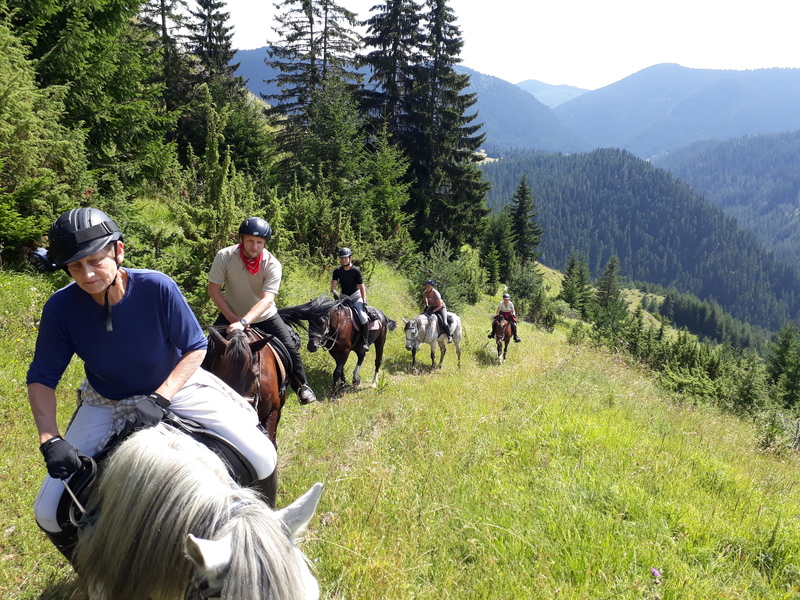 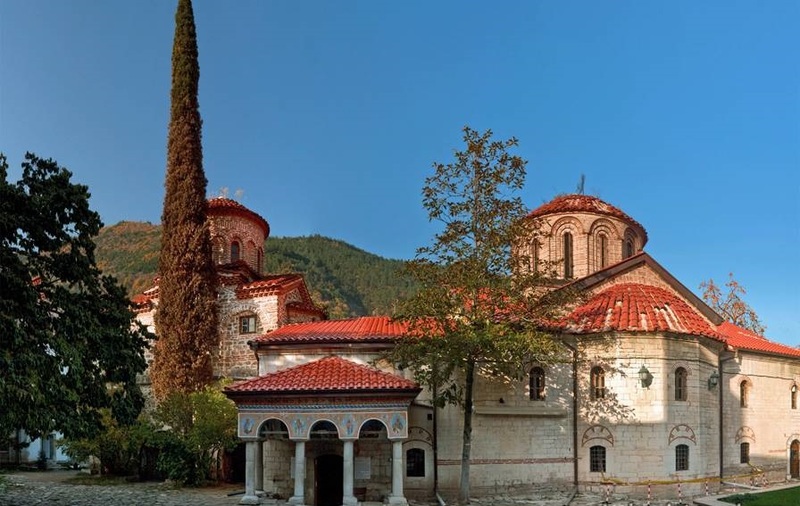 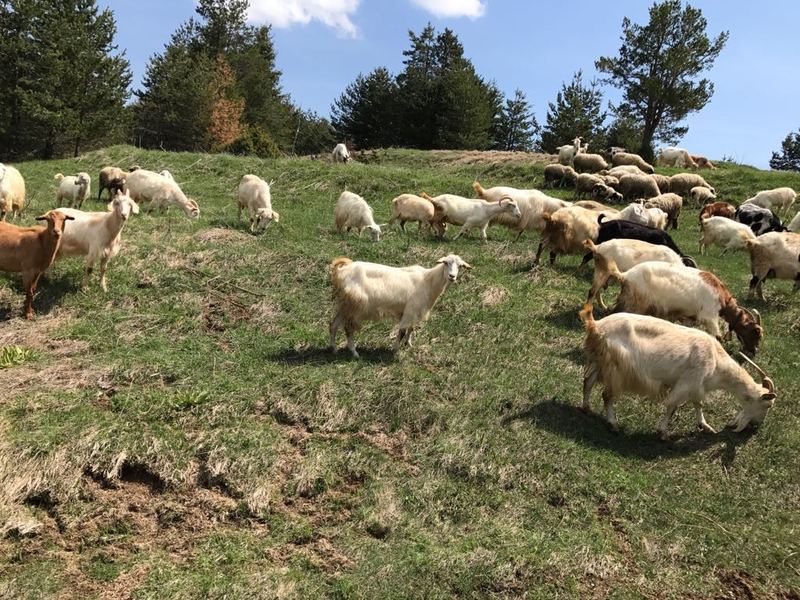 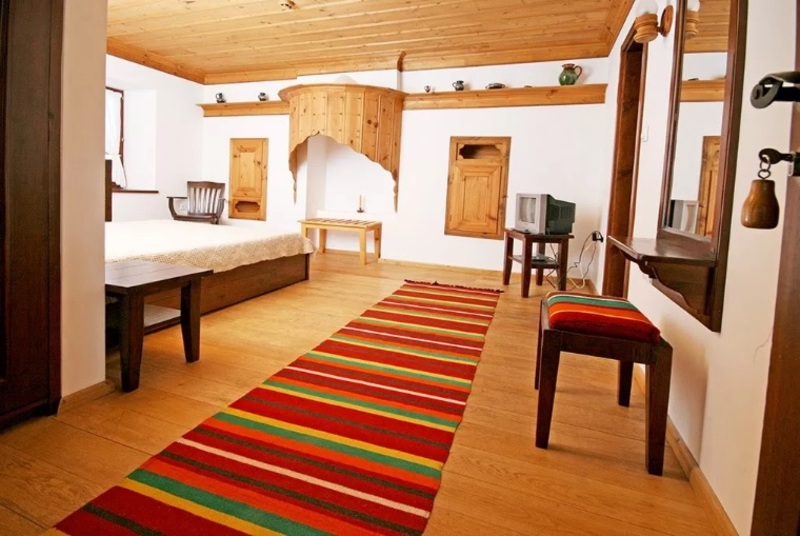 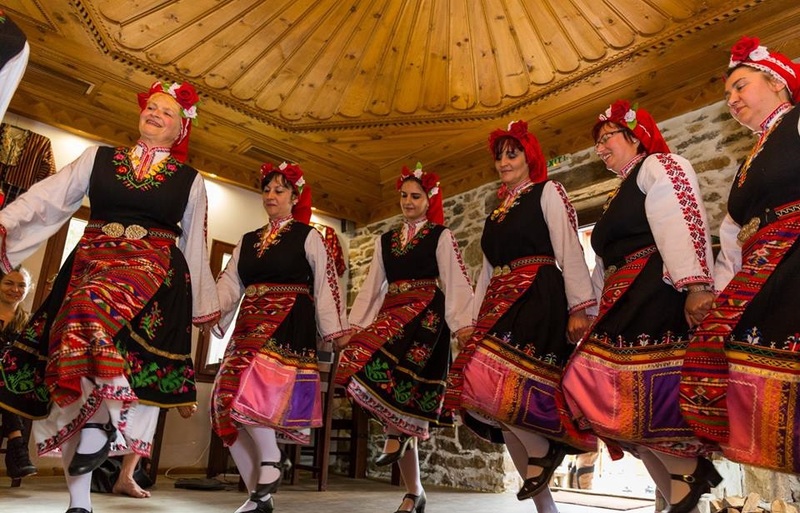 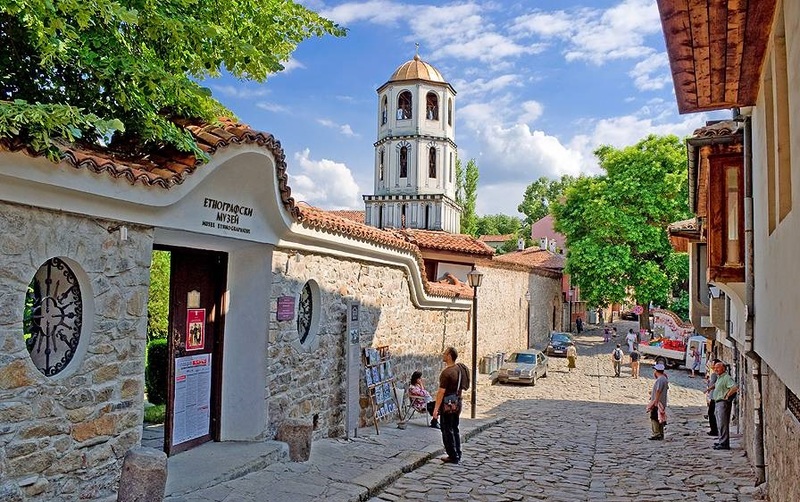 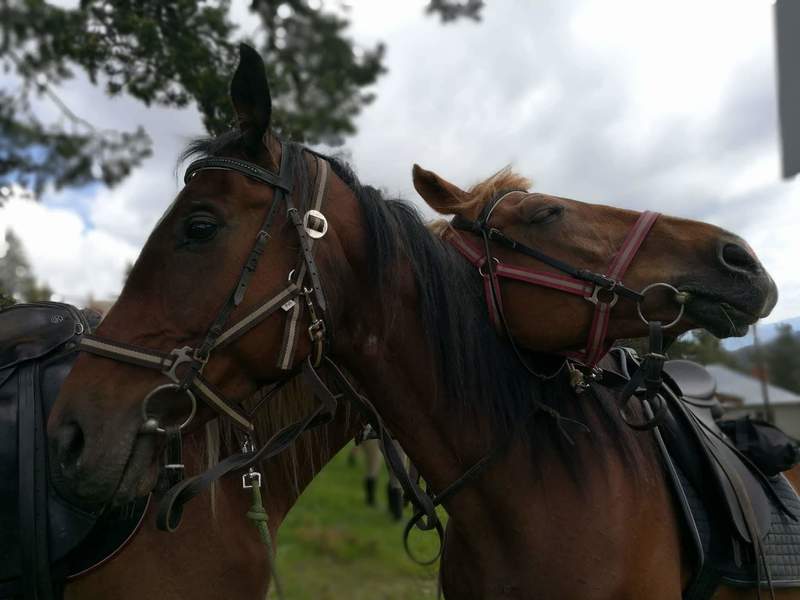 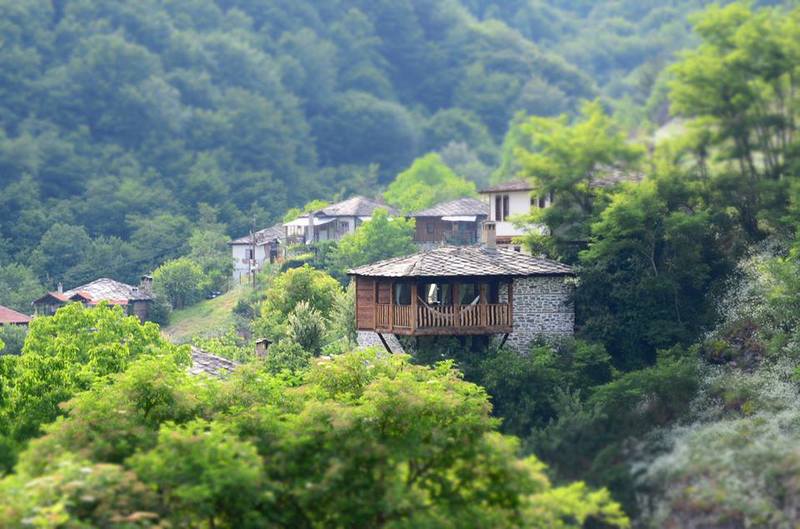 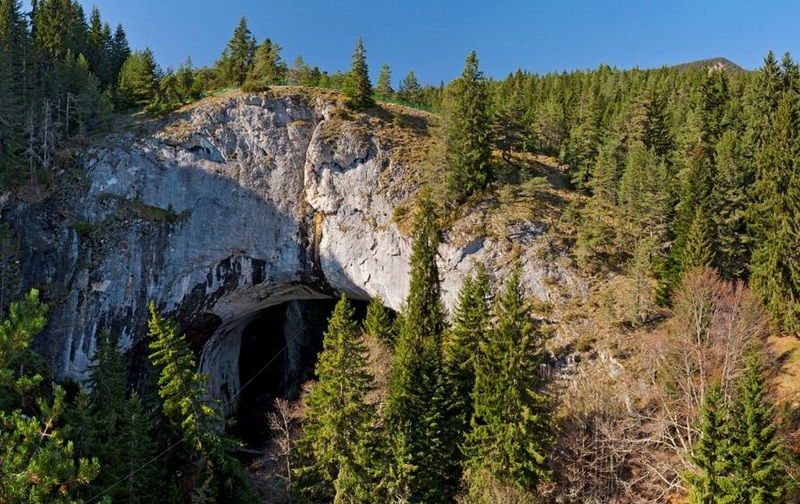